Field Spaniels we have lost

This page is dedicated to those dogs who have left us.

Some have been very important in the foundations of our Sonnetend line.

All have been much loved members of our family.

A very special boy, Spencer's sire was the top winning Field Spaniel, Alfie, and his dam the incredible Grace. Spencer was Best Puppy Dog at Crufts 2010 and he won his Junior Warrant at 15 months old and in the same week won his 1st CC under Glynn Morgan at WKC 2010. His 2nd CC was won at National Gundog 2011 under Ben Bennett, his 3rd at LKA 2011 under Di Hammond, his 4th at The National in 2013 under Jeff Horswell and his 5th at Three Counties under judge Kit Nicholson. He then won his 6th CC with Best in Show at the Field Spaniel Society Championship Show 2013 under judge Ann Harding. His 7th was won at Blackpool under judge Fiona Coward-Scholes and his 8th at Midland Counties under Rob Butler. He also has 6 RCCs.

Spencer was Top Field Spaniel in 2013.

Spencer has sired several litters in the UK and 1 in Holland. He has left a legacy behind and his progeny continue to do well in the show ring and the field at home and abroad!
We are delighted that Spencer has 3 Show Champion daughters, Sh Ch Cochen Calypso, and the sisters, Sh Ch Elgert R'anna and Sh Ch Elgert T'lissa, and 2 Show Champion sons in the UK, Sh Ch Sonnetend Tic Tac Toe and Sh Ch Jesham Baronet, and other CC and RCC winning offspring, as well as an International Champion son, Sonnetend Indiana Jones aka Plume.

Our beautiful boy is so greatly missed. 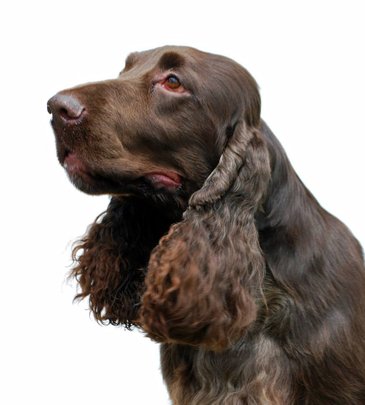 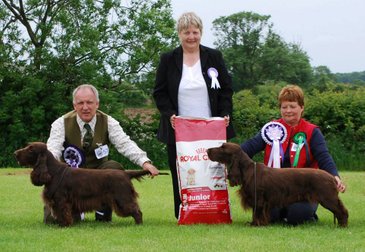 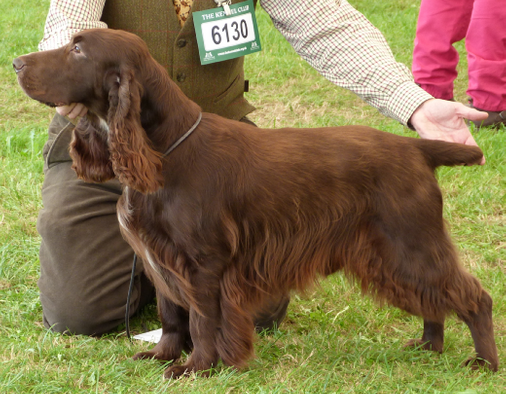 Max came to us in August 2008 at just over 7 years old. He soon formed a strong bond with Martin both in the show ring and the shooting field (and on the sofa!!) His achievements have astounded us. He won his first CC just before his 8th birthday, and his title less than 3 months later. He won 9 CCs, winning 3 in 2011 at the age of 10. He is pictured left at Richmond Championship Show 2011, winning his 8th CC together with BOB under judge Chris Bexon

Max died peacefully in his sleep just short of his 14th birthday. We miss him dreadfully but he lives on in his progeny.

Following Max’s win at SKC  in 2009  Max was asked to pose for photos for Frank Kane’s book  Judging the Gundog Breeds!

Our gorgeous girl Maisie - such a delight to live with and with the gentlest of natures. Maisie was our foundation bitch and to Gretel Osborn (Elgert Field Spaniels) we are eternally grateful for entrusting this special girl to us.

She was just 7 weeks old when Peggy Grayson assessed her: “She’ll make a fine brood bitch this one” she said and two litters and 17 puppies later, I rather think she was right!

From this amazing litter of 10, 4 bitches have gone on to have litters of their own, and 4 dogs have gone on to sire litters, and hence Maisie can be found in many of today's dogs' pedigrees.

She was truly a one in a million dog and was adored by the whole family. 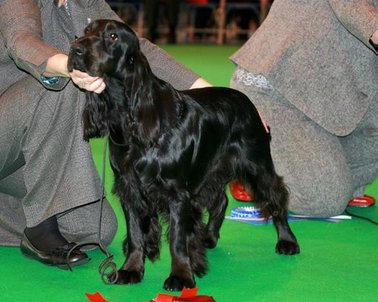 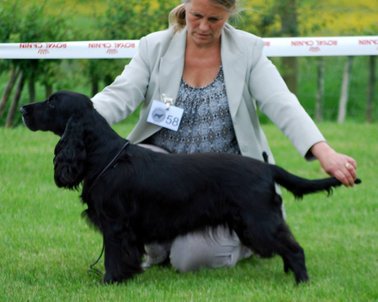 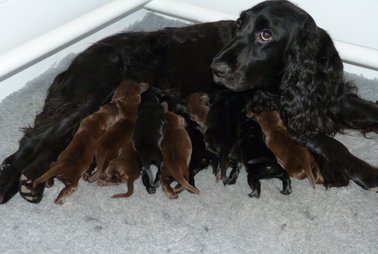 Maisie and her Touch litter 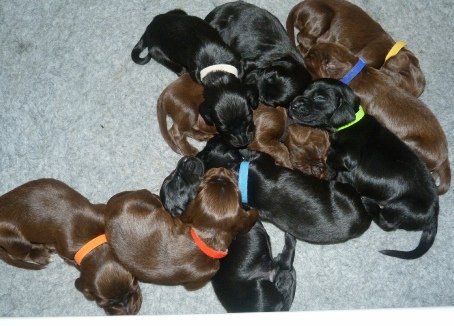 Cassie, from our first Field litter here at Sonnetend, achieved well in the show ring winning Best Puppy in Show at the Field Spaniel Society Open Show in 2010 and gaining her stud book number with the RCC at WELKS Championship Show 2012. She enjoyed working in the shooting field. She was handled in the ring and field by our daughter Abigail, and after her litter she won a first CC at Windsor under judge Hilary Tye. 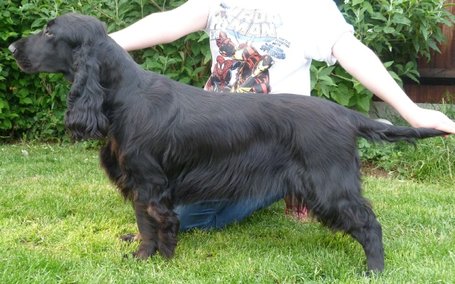 Ceri, our first Field, often mistaken for an English Springer Spaniel due to her liver roan colour, enjoyed nothing more than a day out hunting, refusing to pick up game as she didn’t think it her job!

Ceri was our introduction to this amazing breed. 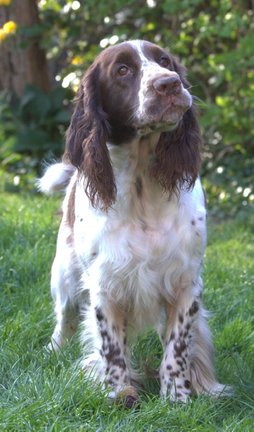 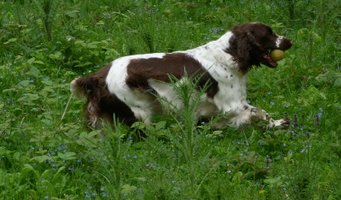 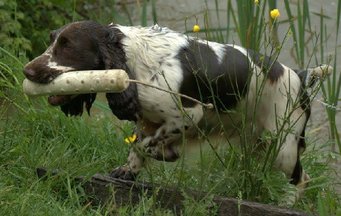 Material must not be copied, reproduced or published without the written permission of the Webmaster