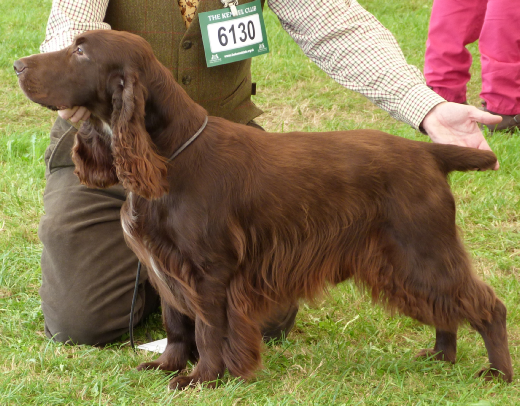 
Max came to us in August 2008 at just over 7 years old. He soon formed a strong bond with Martin both in the show ring and the shooting field (and on the sofa!!) His achievements have astounded us. He won his first CC just before his 8th birthday, and his title less than 3 months later. He now has 9 CCs , winning 3 in 2011 at the age of 10. He is pictured above at Richmond Championship Show 2011, winning his 8th CC together with BOB under judge Chris Bexon. 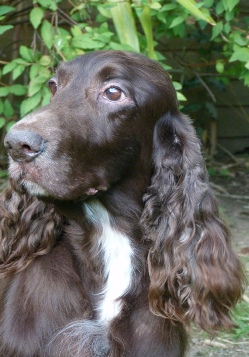 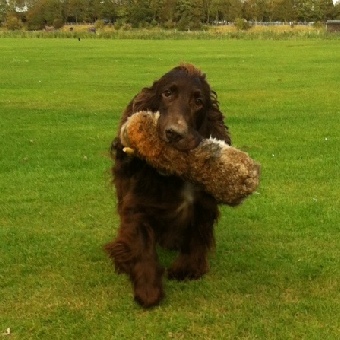 Max died peacefully in his sleep just short of his 14th birthday. We miss him dreadfully but he lives on in his progeny.

Following Max’s win at SKC  in 2009  Max was asked to pose for photos for Frank Kane’s book  Judging the Gundog Breeds! 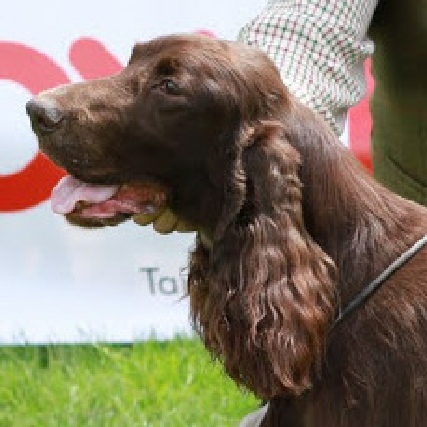